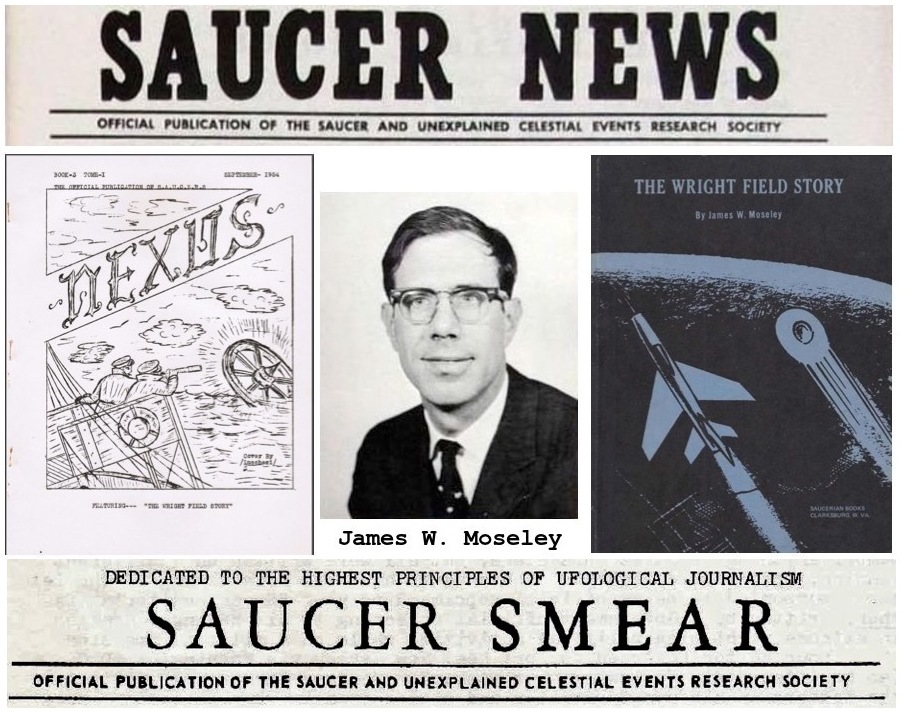 Jim wrote his UFO memoirs  with the help of Karl Pflock:  “Shockingly Close to the Truth! is the first and only comprehensive tell-all history of ufology from two men who have been at the center of this cultlike movement for close to half a century. James W. Moseley conveys the fun he has had over the years pursuing tall tales and purported evidence of visitors from outer space. As the creator of the newsletter Saucer Smear the source on the follies, foibles, fads, and feuds of ufology. Moseley has the inside scoop on the amazing world of serious UFO sleuths and wigged-out saucer fiends. His co-author, Karl T. Pflock, has been tracking reports of unidentified flying objects for close to half a century and has written the most thorough investigation of the Roswell incident ever done.” 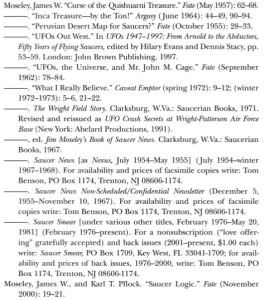 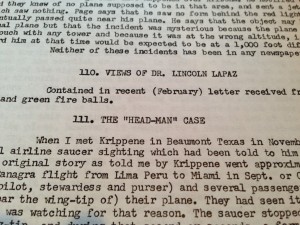 FATE Magazine – May 1957 “Curse Of The Quishuarani Treasure” by James W. Moseley 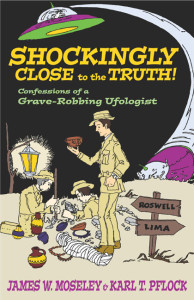 Shockingly Close to the Truth: Confessions of a Grave-Robbing Ufologist by James W. Moseley and Karl T. Pflock (Jul 1, 2002). Still available at amazon.com, and also from the publisher, Prometheus Books: http://www.prometheusbooks.com/index.php?main_page=product_info&cPath=43_155&products_id=1025. 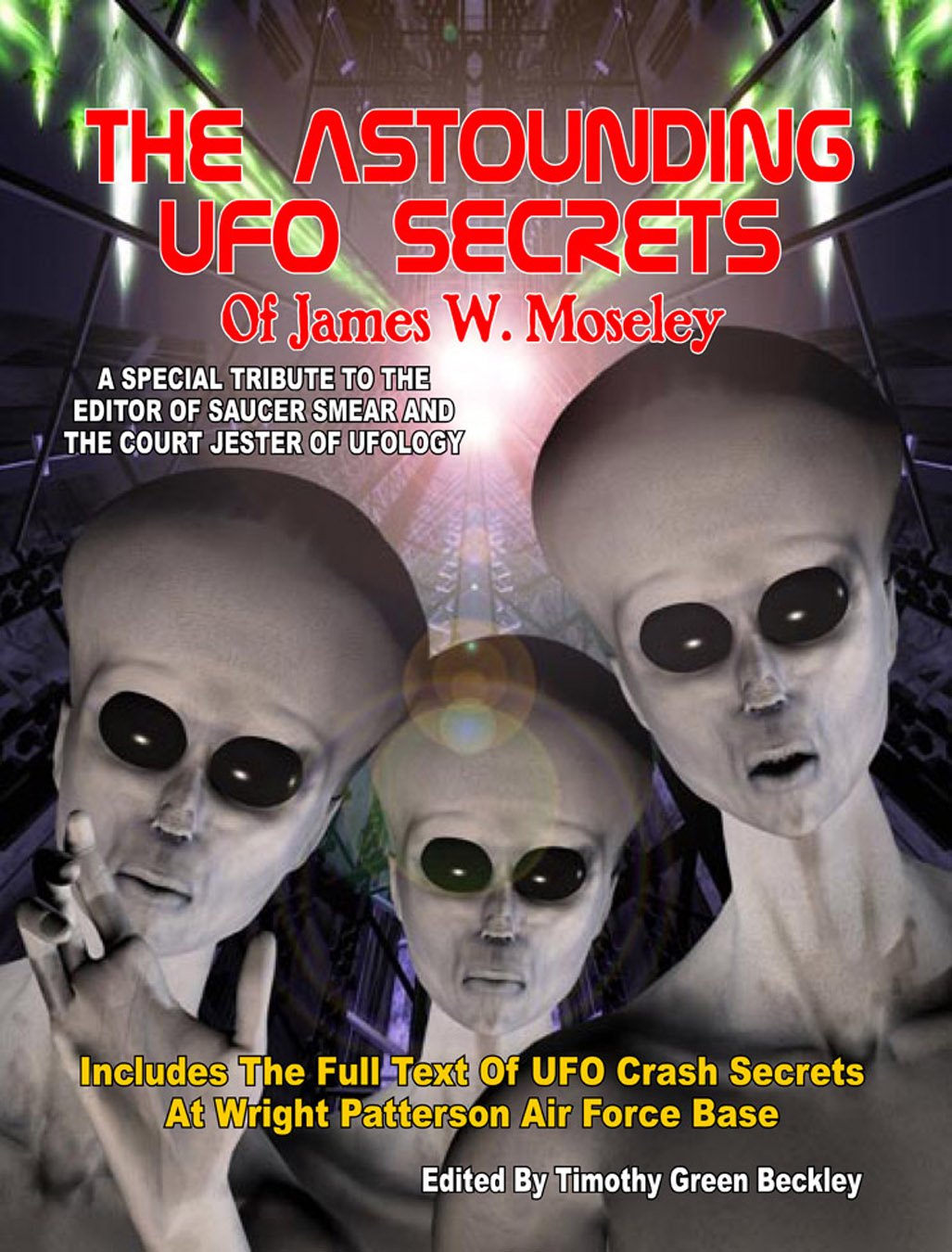