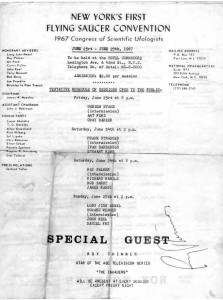 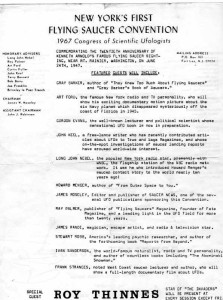 I’m sorry to hear about Jim Moseley’s passing. I’d only met the gentleman for a few times. It was Mr Beckley who I first met and he saw my models and introduced me to Mr Moseley, who gave me permission to have my little set of aliens on display in the entrance hall to the convention room. He was extremely interested to hear how I came to build the miniature figures and telling him I just drew what the witnesses said they saw, and after hours of drawing and re-drawing what I thought would be the most realistic looking likenesses, then I began sculpting the figures from balsa wood. 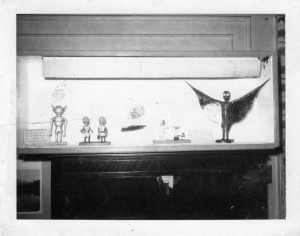 The only camera I had at the time was a Polaroid land camera and my dad was taking photos while I was staying with my diorama giving the people attending the convention the how’s and why’s I created the figures, There were many people taking photos of my exhibit as well as the other items on display along the entrance area but most did not have anyone to explain what they had on display. 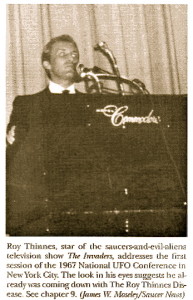 I was extremely fortunate to have Roy Thinnes visit my display and had a very interesting conversation with him on Flying Saucers as well as my rendition of the aliens and of course his Invaders show which I was a big fan of and still am. 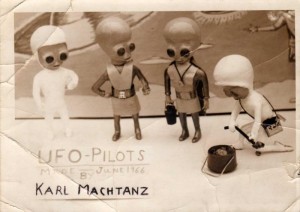 Group closeup shot of the Zamora aliens and other alien species seen by witnesses. 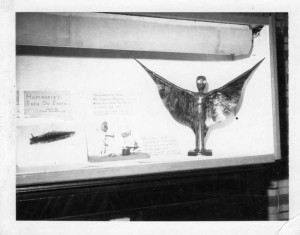 Two of the type aliens seen by police officer Lonnie Zamora Socorro, New Mexico April 24, 1964. One alien was digging in the ground and putting some dirt into a bucket type object, while the other alien was standing by with some kind of device in his hand. The other creature is the Mothman, a creature that has been seen by numerous residents of Point Pleasant area of West Virginia from Nov 15, 66 to Dec 1967, glowing red eyes and large wings was most the most noticed features. 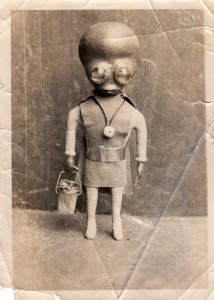 Closeup of alien, with different outfit.

Unfortunately the only photos I have of the convention are the ones of my figures, as the other photos got lost between all the moves we made from Brooklyn to Long Island and finally to Oregon. One would think photos are readily available of such a first time event in New York City, I’m surprised there are so few.

Thank you for contacting me about Mr Moseley as he was a fine gentleman whom I wish I would have known better, I lost track of Mr Beckley as well, another fine gentleman.