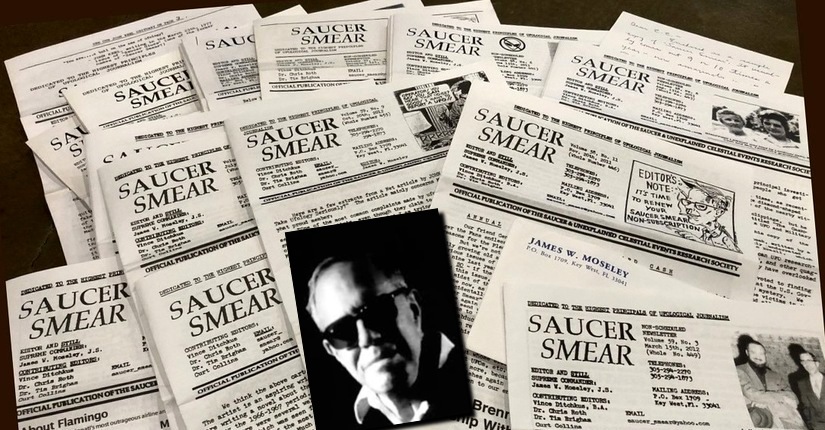 In his memoirs, Jim Moseley said, “In December 1955 I launched my Non-Scheduled Newsletter, [which] included pretty much the same sort of stuff I ran in Saucer News albeit with a flair more like that of Confidential magazine. This gossip sheet is the true spiritual ancestor of today’s eight-page Saucer Smear…”

But when Jim returned to publishing in  1976, there was a name problem, since he’d sold Saucer News to Gray Barker, so, “I called the succeeding issue Saucer Muse, the next,… New Saucers, and so on… Saucer Gnus, Saucre News, Saucer Stews (‘For the Ufological Gourmet’), Saucer Leer…

At last… Saucer Smear… became our Glorious Name for Life, capturing the true essence of our motto, ‘Dedicated to the Highest Principles of Ufological Journalism.’”

Scans of additional issues from 2007 to 2009 may be found at the Archives for the Unexplained (AFU) site: